©Priscilla Coleman ITV News.Supplied by: Photonews Service Ltd Old Bailey.Pic shows: Samuel Duncan, 27, and his 23-year-old partner, Kimberly Harte, kicked, scalded and effectively scalped the girl, who has cerebrDuncan was sentenced to 10 and a half years and Harte was sentenced to 11 and a half years, at Middlesex Crown Court. The couple, of Maida Vale, west London, admitted three counts of child cruelty. They had denied charges of causing grievous bodily harm with intent, but were convicted at the end of a trial last December.al palsy..Illustration: Priscilla Coleman ITV News 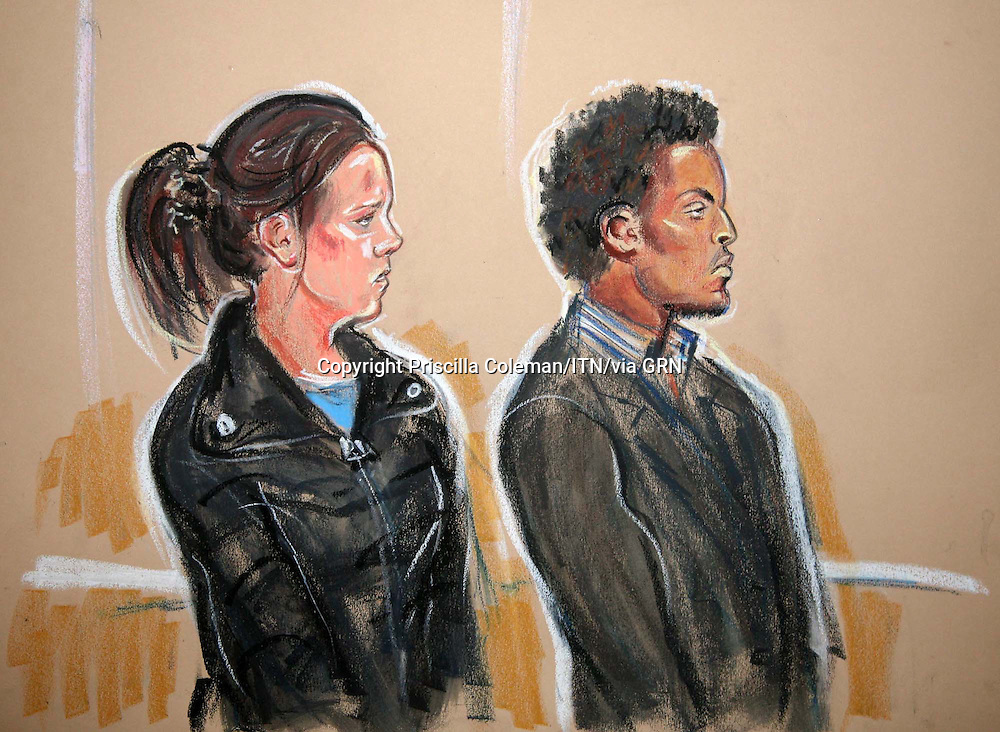