©Priscilla Coleman ITV News 07.09.06.Supplied by: Photonews Service Ltd Old Bailey.Pic shows: (Left) Donald Stewart Whyte, 20, of High Wycombe, Bucks and Mohammed Usman Saddique, 24, of Walthamstow, east London at City of Westminster magistrates court today where they appeared accused of their parts in an alleged plot to blow up transatlantic airliners in mid-flight. Both men are charged with preparing acts of terrorism and Stewart Whyte is also charged with three firearms offences. The terrorism charge against both men alleges that between 1 January and 10 August 2006, with the intention of committing acts of terrorism, they were preparing to smuggle parts of improvised explosive devices onto aircraft and assemble and detonate them on board. See story.Illustration: Priscilla Coleman ITV News 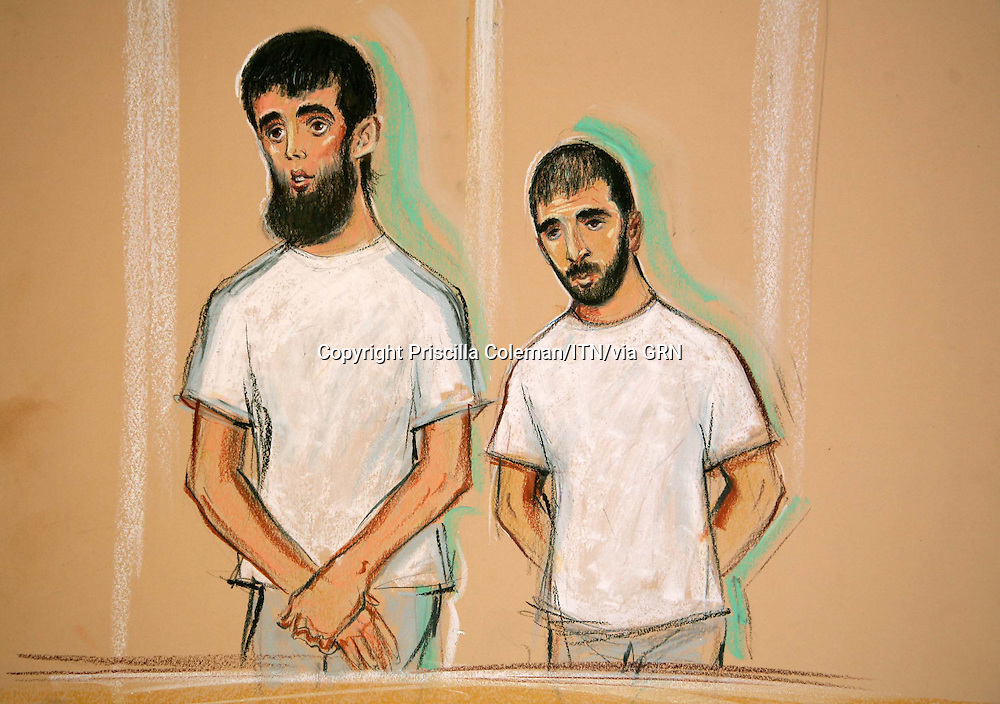